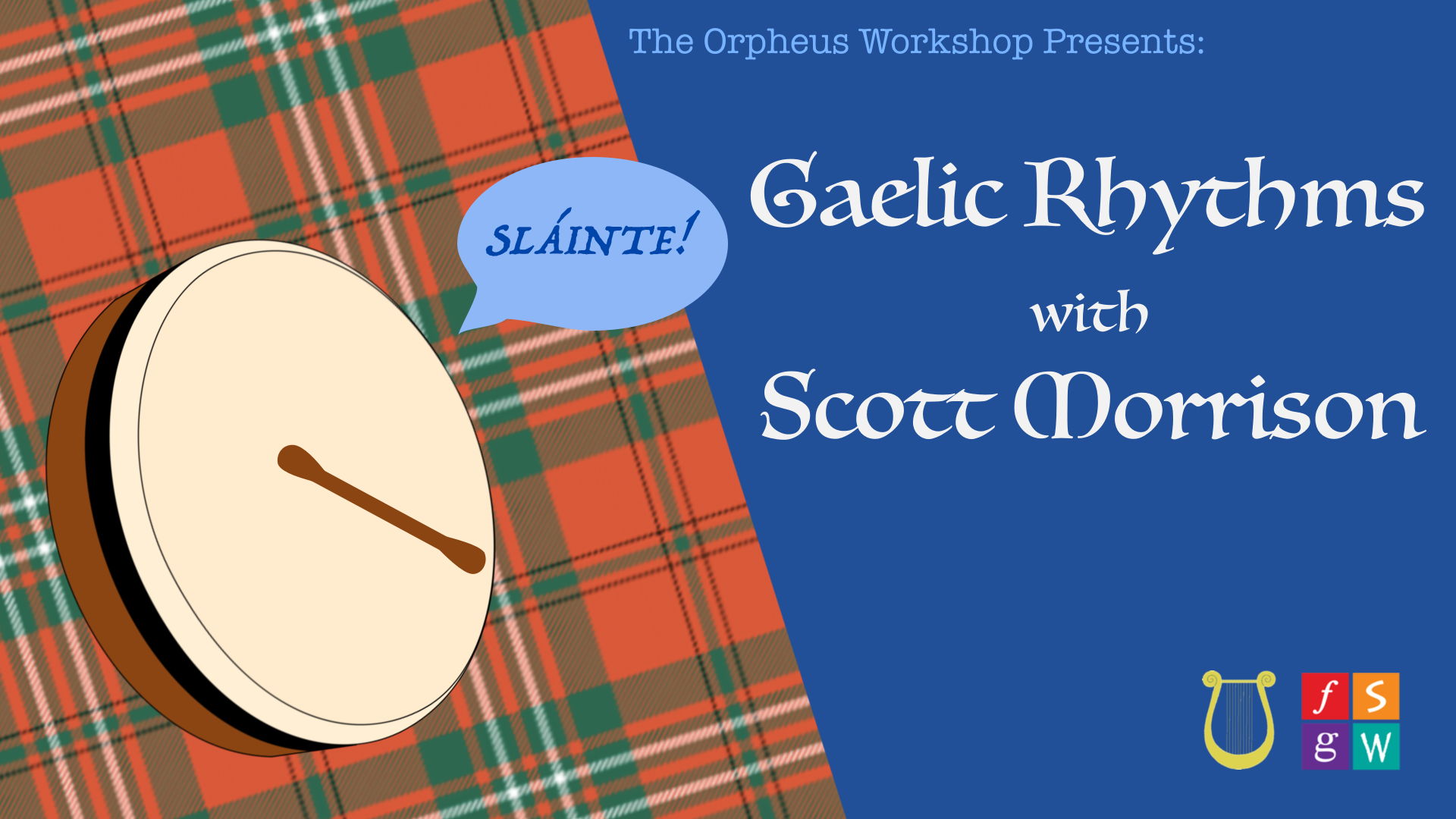 Support your favorite pizzeria with this drumming class! Accomplished linguist and musician Scott Morrison will explain the inherent rhythms within the Scottish Gaelic language and how they are represented on the bodhrán (Gaelic drum) through jigs and reels. Participants will learn how to play different strokes on their pizza box bodhrán, including the roll technique. Presented by the Orpheus Workshop, funded by the Folklore Society of Greater Washington (FSGW).

Materials Needed: a pizza box and a thick and straight piece of wood: popsicle sticks/ BBQ skewers rubber banded together, a piece of bamboo, or a really thick pencil. 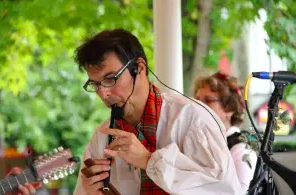 About the Artist: Scott Morrison is co-founder and Head Teacher of Sgoil Gàidhlig Bhaile an Taigh Mhóir, and has been studying the Gaelic language for over 16 years. He earned a B.A. in Gaelic Language and Culture from Sabhal Mòr Ostaig on the Isle of Skye in December 2018. An accomplished musician as well as a linguist, Mr. Morrison teaches percussion and Celtic Traditional music in his studio called Rimshots. In particular, he teaches the Bodhràn, the Tin Whistle, the Bones, and the Spoons. Mr. Morrison also sings many Gaelic songs (learned from Gillebride) and won the men’s traditional singing contest in the US National Mòd in 2011. Mr. Morrison has also won numerous awards at previous Mòds for Gaelic poetry writing, poetry recitation, and storytelling including the coveted Argyll Cup for outstanding scholarship three times. More about Scott.